This post was written by NCTE Member Shawn Towner.

I am an introvert. I’m not good at initiating conversations. I feel claustrophobic in crowds and long lines. My idea of a night out is getting food delivered and watching a movie by myself at home. My first trip to the NCTE Annual Convention in 2012 was a terrifying experience. I had never been to Las Vegas. There were something like 7,000 teachers there, plus the crowds coming to Vegas for the weekend, the MMA fight, and an Eagles concert on Saturday night. It was overwhelming, and I made it worse for myself with the way I approached the conference.

When I first looked at the program for that convention in Vegas, I wanted to see everything. You might get a similar feeling when you take a look at the program for this year’s convention in Anaheim. The great thing about a large conference like NCTE’s is that there are so many appealing sessions to attend and so many amazing people to from whom we can learn. The downside is that there’s no way to see everything. But back in 2012, I was determined to try. I packed my bag with granola bars and bottles of water and marathoned session after session after session. By Saturday night, I was completely burnt out. I ended up wandering aimlessly down the strip until I ended up at the Mandalay Bay buffet, where I ate all the turkey legs. On Sunday, I went to one session and then checked out of my hotel and drove back home to Arizona. Because of the way I pushed myself through so many sessions, I never had time to process what I was hearing. It wasn’t until I got back home that I was able to look through my notes and really begin to think about how I could apply what I had learned at the convention in my own classroom. In subsequent trips to the convention, I’ve made steady improvements as to how to successfully navigate the conference without feeling terrible and stressed out all the time.

The second time I attended the NCTE Annual Convention was in 2015, in Minneapolis. I started the conference the same way I had in Vegas: by trying to cram in as many sessions as I could. I thought that because I knew what to expect from the conference, I’d be able to power through sessions. I was wrong. Very quickly, I felt just as stressed as I had been that Saturday night in Vegas. And I was beginning to question why I even came. Was I a good enough teacher to be there learning among all these amazing people doing innovative things in their classrooms? Was I a good enough graduate student and researcher to deserve a spot presenting? I ditched the conference and started wandering through the Minneapolis Skyway system. It turns out that a long walk was just what I needed to sort out the thoughts running through my mind. Stepping away from the conference gave me a chance to decompress and think about the reasons I wanted to be there. I felt renewed, and I started building walking time into my schedule. I’d go to a session, then spend some time walking around, reflecting on what I’d learned and maybe looking for a good sandwich shop. Now when I make my first read-through of the schedule for the convention, I note all the sessions that I’m interested in attending, but I have no intention of even attempting to see them all. For me, attending the convention is like working out at the gym: I have to listen to my body. If I’m in a good mood and think I can handle two sessions in a row, I’ll go to them. If not, I’ll go to a session and then spend some time wandering the city or even just going back to my hotel room to process what I’ve learned.

Since Minneapolis, I’ve attended the in-person NCTE Annual Conventions in Atlanta (2016),  Houston (2018), and Baltimore (2019) and the virtual conventions in 2020 and 2021. Making sure that I take regular breaks to decompress and process has really improved my convention experience. But there are still some areas where I struggle, especially the social aspects of attending a convention. I don’t drink, so I don’t really fit in with the after-hours hotel bar crowd. I’ve tried to go to the social mixer and meetup events, but I usually just eat a couple of baby carrots and leave after 10 minutes. And then there’s the exhibit hall. I don’t like crowds and I don’t like lines, so the exhibit hall is a terrifying place for me. Every year, I go to the hall, see the huge line of people waiting to get the Scholastic tote bag, and run away in fear. I know some people swear by the exhibit hall and make it their first stop after registering, and it is a great place to get books and autographs, but it’s not my scene.

In my years of getting incrementally better at navigating the convention, I’ve found a few things I can do to make the most of the experience. I always try to attend at least one of the breakfast/brunch/lunch sessions. These sessions cost extra, but feature some of the best speakers from the convention. The meal events can be a little uncomfortable if you don’t know anyone else there. I enjoy the National Writing Project brunch because it means I get to see NWP people that I haven’t seen in a while. But when I went to the ALAN breakfast for the first time last year, it felt like I was back in seventh grade, at my first lunch after switching schools in the middle of the year; everyone was sitting with the people they know and normally sit with, and I was off to the side, hoping I wasn’t sitting in someone else’s spot. But the speakers were great, and I’ve kind of made my peace with the fact that I’m not good at the socializing/networking aspects of the meal-centered events. I’m there to listen to a great speaker and eat all the croissants.

I also recommend checking out any writing marathons. There is at least one being offered in Anaheim on Thursday. Writing marathons are a great way to explore the convention city without feeling guilty about missing a session. The writing marathon at Fort McHenry in Baltimore was one of the best experiences I’ve had at a convention, to the point where the first thing I now look for when scanning a convention program is whether or not there will be a writing marathon.

Finally, I’d recommend that you try to do what I have always failed to do: visit the conference poster presentations. Every convention, I tell myself I’m going to check out the poster presentations, and every convention, I chicken out. People presenting posters at convention are often first-time attendees and early-career educators/researchers. I know I should support them. I don’t want them to just stand there while everyone else hurries past the posters to beat the Starbucks line. But I am not a social person, and approaching strangers to discuss their poster has been a challenge I have not yet been able to meet.

Now I realize all this might make it sound like the NCTE Annual Convention is a terrifying, stressful place. And it can be, at times. But it’s also one of the best professional development experiences you’ll ever have. Thanks to NCTE conventions, I’ve learned how to bring more choice in reading and writing into my classroom and how to better use mentor texts and modeling in writing instruction. I’ve learned about alternatives to traditional grading and how to help students transition into the demands of college reading and writing. I still have folders (both physical and digital) with handouts from my first convention back in 2012. Every so often, I look back through my old NCTE notes and let them inspire me towards continually becoming a better teacher. I hope that by sharing my experiences, I can help others better navigate the NCTE convention. And if Anaheim is too far away for you to attend the convention in person this year, be sure to keep an eye on the #NCTE22 hashtag on social media.

It is the policy of NCTE in all publications, including the Literacy & NCTE blog, to provide a forum for the open discussion of ideas concerning the content and the teaching of English and the language arts. Publicity accorded to any particular point of view does not imply endorsement by the Executive Committee, the Board of Directors, the staff, or the membership at large, except in announcements of policy, where such endorsement is clearly specified. 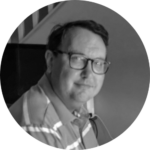 Shawn Towner has worked in education for more than 15 years, starting as an elementary school custodian and eventually working as a substitute teacher, high school teacher, middle school teacher, and university instructor. He currently works as the secondary ELA teacher specialist for the Savannah-Chatham County Public School System in Savannah, GA.

Not an NCTE Member?

Join our community of the best minds in English, language arts, and writing studies who will support you throughout the many stages of your teaching career.